I would just like to point out that I’m blogging before 10:00p, which is a significant change from my apparent new norm.

This Day 24 of #100DaysofHannah and #100DaystoOffload brought to you by an almost 3 hour phone call with fam and a gloriously hot day.
Let’s get this out of the way first:
As a rule, I’m really not a phone person. There’s just so much room for awkwardness which just tends to compound my already excessive awkwardness.
Besides, most conversations can be managed just as easily with a text, which leaves sooo much more time for well-thought responses.
Over the past year, my phone aversion has (slowly) started to decrease though.
Maybe it’s being 18 hours from home.
Maybe it’s not being given the option of staring as my phone while it rings and being able to claim in all honesty that I thought the call was an accident. (Okay, I still do this sometimes… it takes a lot of effort to work up the nerve to answer an unexpected phone call!)
Maybe COVID really is getting to me and I’m just too bind to see it.
Who knows.
All I know is that I’ve had TWO 2+ hour phone calls with my parents in the last week.
With nothing being wrong.
And you know what? I’ve actually enjoyed them.
Admittedly, growing up and hearing other people talk about multiple hour daily phone calls with their significant other, I thought that they were crazy.  Like, what in the world could anyone have to talk about for that long that often?
But I think I’m beginning to understand – you find the things that you both care about, and you talk about them.  And you don’t run away from silence.
My dad and I are both solidly introverted.  (Okay, so he’s probably got me beat. It’s not… well maybe it is… my fault that I’m in a career that requires a relatively high degree of interpersonal communication..)  Which would seem to pose a problem for conversation.
But it isn’t.
Because it’s okay to not talk about anything.
And it’s just as okay to talk about everything.
Tonight – after a discussion of the weather, I got distracted by analyzing weather patterns around the world, which led to comparisons of Greenland and Iceland, followed by a short investigation of geothermal energy, a brief analysis of COVID practices around the world, and an introduction of a book discussing the Christian position in politics (which I have historically avoided).
And before I knew it, we were nearing three hours together.
Which is to say that I’m incredibly grateful – for the time to talk to my family, family who is willing to take the time to talk with me, technology that allows us to stay connected despite being 18 hours part, and unlimited diversity in conversations.
‘Til tomorrow!
-Hannah
Song of the Day: Center of All History – Steffany Gretzinger
Question of the Day: Do you have an internal monologue?
Challenge of the Day: Call someone you love – just because you can.
Photo of the Day: 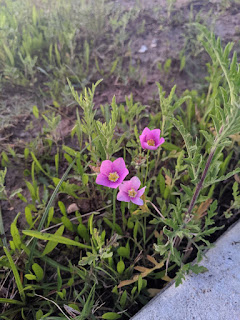