this post brought to you by a tired, indecisive hannah.

it’s been a while since i avoided the use of capital letters. so, for day 34 of #100daysofhannah and #100daystooffload, why not?

most of the day i’ve been contemplating writing a follow-up post to yesterday’s discussion of dichotomies and binomials, but now that the time to write is here, it’s hard to find the motivation

probably because it’s something that i don’t know how to talk about, and i don’t really know where to start

growing up in the middle of nowhere ohio, it was easy to believe that racism didn’t really exist
mainly because diversity didn’t really exist
in my graduating class of 74, there were maybe 2-3 people who weren’t directly of european descent
because we were the only ones stubborn enough to settle a swamp and convert it to farmland
and there was little motivation for anyone else to move to a town with a single, blinking light
(which, i was, and am, admittedly okay with)

as the years passed, it was easy to hold onto this concept, or at least believe that racism only existed in a small, dying population
but surely not in my generation
and certainly not in me

but i was wrong.

and in avoiding and denying this harsh reality, i have not only turned a deaf ear to the voices of the hurting, but also refused to acknowledge my place among the accused

and for that, i’m sorry.

but so is a gospel of merciful grace, given freely by a god of love, through the death of his only son.

it’s long been said that the first step to recovery is to admit you have a problem…
i guess it’s time that i join the conversation. 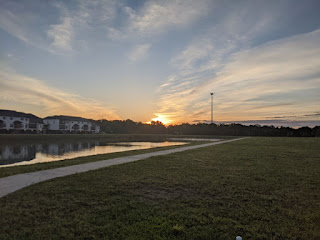