This post is a continuation of You can tech if you want to… (Part 1)
Day 47 of #100DaysofHannah and #100DaystoOffload… What to talk about today?
I’ve been super indecisive this evening, after a relatively productive day.
I was going to work out, but my shoulders are already incredibly tight from the 2 hours that I got to spend playing piano this late afternoon/early evening (because when it’s been 3 months since you got to touch the keys you’ve got to take advantage of it!).
I was going to go for a walk, but I got distracted, and now feel like if I put off blogging it will be yet another short post (which is fine, but I’m still super enjoying being able to type on a real keyboard!)
Anyway…
So, I think I’ll make this another tech-related post.  Again, apologies in advance for my likely incorrect technical terms.
First off, shout out to my older brother for his Fosstodon plug of yesterday’s post!
He’s mentioned that there may be an in-depth discussion of the build coming in his feed, so be sure to keep an eye on his #100DaystoBlog page here.
From there, I wanted to dive into my decision to finally embrace a non-portable set-up. So, here goes.
Historically, I have been 100% against desktops. For the last…9? years, permanence and stability were nowhere on my radar – first during undergrad, then during grad school.  Rather, I wanted something sleek and portable.  During undergrad, I relied on a Dell laptop (don’t ask me the specs, I don’t know them). It worked well, but it wasn’t the sleek device that I relished carrying to classes or taking on trips.
Enter the iPad.
I’m not positive when I got my first iPad – though I’m thinking it was with the start of Optometry school.  We were informed early on that all of our testing would be online, and that the program was most compatible with Apple devices.  I remember there being a substantial argument between Justin and I as to what device I would need.  I argued that an iPad would be much more convenient to walk the mile to class with everyday, and that it would provide everything I needed.  He argued that a laptop would have significantly greater capabilities.  While he was undoubtedly right, it was my life, so I won.
Admittedly, I was perfectly happy with this minimalistic set-up for the entirety of grad school.  The iPad was an aesthetically pleasing, small, fully portable unit that met all of my non-phone needs.
And then came residency.
I think the initial thought of a permanent set-up started back in early March, about a month after Justin and I started recording our podcast, Sibling Summit. Up until this point, I had been getting along with my iPad as well as always.  It wasn’t ideal for long writing sessions (my bluetooth keyboard has a habit of turning off mid-sentence and then taking a while to reconnect), but I had a dual monitor desktop at the office to work on with a work laptop to use besides.  However, as recordings continued, it became obvious that my simple iPad with $10 wired mic/headphone combo was not going to be enough.
First, we tired sidestepping the headphone/mic problem with a reasonable external mic and iPad adapter – but the mic adamantly refused to connect.
Idea two was a laptop. We (well, Justin), actually had the specs picked out, and we were literally sitting down to make the purchase when the idea of a desktop was thrown out again.
Justin priced out the preferred specs.
For roughly the same price, I could go with a desktop with significantly greater capabilities and a likely longer lifespan (secondary to fewer moving parts and, well, less physical movement).  Yes, it would involve more additional purchases (desk, monitor, keyboard, mouse, etc, etc, etc), but the end product should be better.  In the end though, it had to be my decision.
**Edit: I understood Justin’s argument as, “desktops have fewer moving parts and will last longer.” His true argument was, “when cramming everything into such a small footprint, there are trade-offs on power vs power consumption and speed, and to reduce the amount of heat, you end up paying more for a less powerful machine.  Also, the parts are not user replaceable, so if anything goes bad, you either have to return it, or completely replace the machine.”**
So why did I finally cave?
Annnd with that, I think it’s time to sleep.
Good night, y’all!
‘Til tomorrow,
-Hannah
Question of the Day: Why is it so hard to be motivated after a productive day?
Challenge of the Day: Fold the laundry.
Photo of the Day: Literally the only picture I took all day… 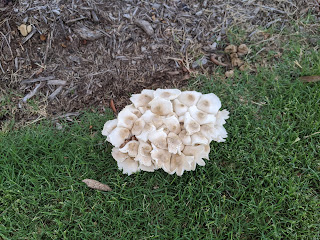