Day 49 of #100DaysofHannah and #100DaystoOffload gets to be another early blogging day – woot!

This post brought to you by an… interesting… day of work.
First off – background.
I am an optometrist, currently finishing out my neuro-optometric rehab residency at an academic institution. Being a resident during COVID has admittedly been an interesting experience.  (Though, let’s be real, being alive in general during COVID has been an interesting experience.) Rather than being in clinic on a daily basis, my residency took a sharp didactic turn back in mid/late March when we switched from routine to essential and finally urgent/emergent care.  This meant that most of my days were spent listening to lectures, writing papers, preparing/giving presentations, or aiding in student instruction (to the best of my ability). However, all remaining patient care was also left to my six co-residents and I.
With one caveat: we were supposed to severely limit our time at the school/office – coming in to only see true urgencies/emergencies.
Enter telemedicine.
So, I should just get it out of the way now, and say that I am a huge proponent for the advancement of telemedicine, especially as it relates to optometry.  Admittedly, that’s historically been a pretty unpopular opinion to have.  In my mind though, telemedicine is the way of the future – especially in light of the changes COVID has induced – simply because virtual is the reality of the future.* So, why not embrace the change rather than cling to the status quo?
What does telemedicine look like? Honestly, I think that right now that varies a lot by provider.  Currently, I use it primarily as a method of triage to determine which patients really need chair time, and from there can use it as a diagnostic tool in simple, relatively benign diagnoses.
Which, let’s be real, most docs have been doing for years, just on a lesser scale.  I don’t remember a get together that I’ve been to since starting optometry school where I didn’t provide some sort of optometric consult, and I am frequently sent pictures or questions by friends and family members for advice and potential treatment options.  Right now, it’s the same thing – just on a larger scale.
And what’s not to love about it? I provide advice and diagnosis from the comfort of my home, and you receive the same advice without the hassle of the drive, wait, and exam.
(Note: this is not to say that I think we have the capabilities currently to allow telemedicine to replace in-person yearly comprehensive health exams – we don’t.  Will we some day? Maybe. It’s just to advocate for increased usage of virtual means to assess, diagnose, and treat relatively benign conditions in an effort to reduce unnecessary expenditures and appointments, therein ensuring availability for those who have a greater need for in-person services.)
However, some days, like today, telemedicine fails – though not in the way many would expect.
I believe I stated in my post last evening that I had been working to manage an after hours call.  Due to multiple factors, it was elected that this management continue to today, where, by 3p I had put in probably four hours, something like seven phone calls, and a ridiculous number of texts. By this point, I was running out of options, and so contacted the other residents to try to find a few more points of contact.  Within a minute or so, I got a message back from one of the other residents saying that she had some contact information, but that she had literally just got off the phone with them with a presentation that sounded oddly familiar…
A few private messages later confirmed what I suspected: we were both working to treat the same patient!
I couldn’t believe it.
Neither could she.
Or the other docs that I had been consulting with.
How the patient decided that this was irrelevant information for both of us, I will probably never understand.  However, thankfully, after hours of individually working towards management, we were able to combine our efforts and (hopefully) successfully bring a treatment plan to fruition.
Telemedicine fail.
‘Til tomorrow,
-Hannah
Question of the Day: Have you had any experiences with telemedicine?
Challenge of the Day: Do something you hate, but know you need to do (like making 7 phone calls when you’d rather never make one)
Photo of the Day: 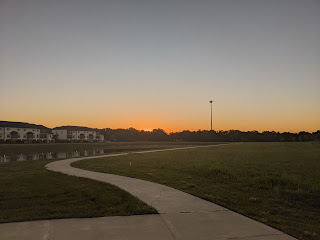 *At least until someone, for fun or for power, decides to wreak havoc by use of EMP.  No, I’m not a conspiracy theorist – it’s just the next plausible step as the world continues towards virtual societies.