Guys. I’m posting before late o’clock pm on this Day 77 of #100DaysofHannah and #100daystooffload!

Which isn’t to say that I’m not tired… Because I am. But that’s beside the point.
In any case, I spent most of the day today trying to make a decision.
I don’t like making decisions.
Not that I like other people making me for them, I just don’t want to make them for myself either.
The primary problem? I don’t like to let people down, and it’s nearly impossible to make a decision that doesn’t feel like it’s letting someone down.
People have told me that I need to make the decisions that are right for me – without taking others into account… But my general thought is that what is best for others will also be best for me.
Which leaves me spending wayyyy to much time trying to figure out what other people are thinking rather than embracing the moment itself.
I don’t have a decision fully made yet, but for now it’s been put off a lil further – much more comfortable.
Til tomorrow,
Hannah
Question of the Day: Is it wrong to care what others think?
Challenge of the Day: go outside!
Photo of the Day: 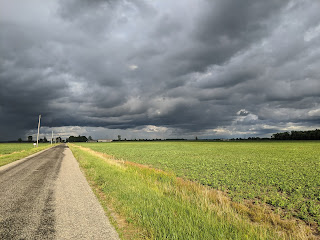